Client:  In 2012 Digital Ocean was a managed hosting company headquartered in New York city.  In early 2013 the company launched an affordable and easy-to-deploy on demand cloud hosting platform built specifically to appeal to developers.  The new service gained a following and new account growth started to accelerate to the point that they were deploying more servers than Amazon’s AWS.

Situation:  DigitalOcean had used its vendor’s leasing programs to get off the ground but it needed a capital partner to finance far more servers, networking gear and other infrastructure.  In July of 2013, Fountain provided DigitalOcean with with a lease line of credit enabling the company to acquire up to $3 million in equipment.  The line was provided to the company prior to it closing on its first round of venture capital – a $3 million Series A round led by AI Ventures.  Just five months later DigitalOcean had the high class problem of struggling to keep up with growth of over 30% per month coming from users in North America and other developed regions of the world.  The company was seeking tens of millions in additional equipment lease financing for data centers in the U.S., Amsterdam and Singapore.

Challenge:  As equipment leasing fueled user and revenue growth, the $3 million in equity capital was quickly becoming a minority of the company’s capitalization.  The operating profitability covered lease payments however, the business was still relatively new with plenty of execution risk and competitors like Amazon, Microsoft and Google, just to name the giant ones.  Not 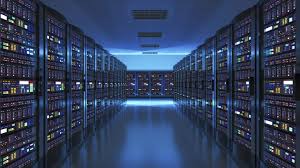 surprisingly it was getting harder and harder to find new sources of equipment financing at the same time the company was approaching $2 million a month in spending on servers to keep one step ahead of demand.  If all this was not enough, getting someone to commit millions for servers located overseas was impossible.

Fountain Solution:  The team at Fountain listened to DigitalOcean’s executive management and was able to understand the company’s operations along with the opportunities and challenges.  Fountain leveraged its understanding of on demand server and storage businesses to get to a level of mutual understanding with management about the business and financing plan for the year ahead including the importance of raising additional equity capital.  As a result, Fountain was able to quickly and confidently offer a $10 million lease line, including the availability for international purchases.  This became DigitalOcean’s first eight figure facility.

Result:  DigitalOcean was able to turn its attention from fundraising to operations.  The company utilized Fountain’s venture leasing capital to drive its revenues up several multiples beyond the $3 million in venture equity capital it had raised.  The capital not only enabled the financing of servers; it gave management time to de-risk the business ahead of the next equity round.  The company was able to demonstrate that there was growing demand for its service, which had been a question when it only has a few thousand users.  The company showed it could execute and scale the business model generating improving operating metrics along the way.   This allowed the company to avoid substantial dilution and attract plenty of interest among potential investors.  After meeting several venture capitalists DigitalOcean selected Andreessen Horowitz to lead a $37 million round at a substantial step up in valuation.

“Fountain Partners understood the business model and got into the weeds of our operating metrics more than other financing providers.  They had good foresight, business understanding, and they knew the market well. They were able to see the opportunity. Fountain Partners was more entrepreneurial in thinking….interested in the direction the company was going to go rather than just where it was.” – Karl Alomar, COO, DigitalOcean

Alomar’s advice for other growth companies evaluating lease lenders?   “In the early stages with credit lines, look for a partner who is entrepreneurial and capable of understanding your economic model and how much return for every dollar you are borrowing.  In terms of pricing and structure, an operating lease lender should be capable of offering more than an attractive stream rate.  Really analyze what the full deal and partnership looks like rather than just the stream rate.”